By Tom Stevenson, an investment director at Fidelity International.

Jim Callaghan, an under-rated Prime Minister, put it best just before the 1979 General Election. ‘You know there are times, perhaps once every thirty years, when there is a sea-change in politics. It then does not matter what you say or what you do. There is a shift in what the public wants and what it approves of. I suspect there is now such a sea change and it is for Mrs Thatcher.’

Give or take a few years, his analysis was spot on. Looking back from the winter of discontent, he knew that the major shift to greater government influence in economic affairs that the Depression and Second World War triggered had run its course. He did not know what would cause it, but he also understood that the Reagan/Thatcher experiment that was turfing him out of power would be time-limited too.

These sea changes are never watershed moments but an accumulation of finally unstoppable forces book-ended by crises. The Depression and global conflict transformed what the public wanted to create in the post-war era; the rolling crises of the 1970s provided the intellectual justification for the new small-state philosophy that followed; and it has taken 12 years from financial crisis to Covid-19 to see the pendulum swing back again to the economic and social order that will most likely dominate the next 30 years.

What might this new order look like? My investment strategy colleagues at Fidelity have just published a white paper, The New Economic Order, which predicts three key features of the new world: state intervention, fiscal activism and continued Asian economic strength.

Central banks have been intervening at scale for more than a decade now, but monetary policy is pushing up against the limits of its effectiveness. Governments have little choice but to step into the breach. There are already signs that they will embrace the opportunity and the reversal of liberalisation, deregulation and free markets will accelerate. The response to an explosion of government debt will, therefore, take the form of more red tape and higher taxes, inevitably impinging on shareholder returns in the process. We should expect to re-familiarise ourselves with nationalised public services, state-mandated industrial policies and a more insular view of national security.

The second key feature of the new economic landscape will be a reversal of the now discredited austerity that led to an anaemic recovery from the financial crisis, and its replacement by a more active fiscal approach. This will be most obvious in the US, where a rise in unemployment to levels not seen since the 1930s will threaten a consumption-driven economic model that requires a virtuous circle of high employment and higher spending. The massive interventions required to soften the blow of lockdown may be dwarfed by the spending required to fuel recovery in the period that follows. Perhaps we will see a re-run of Roosevelt’s New Deal, arguably a long-overdue investment in America’s crumbling physical infrastructure. 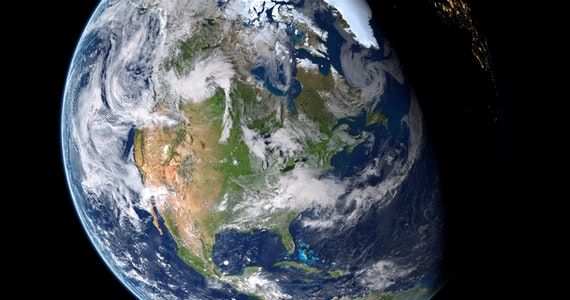 The third characteristic of the post-Covid world is really just a continuation of the pre-Corona trend towards relative Asian strength. The region was first into the crisis and is emerging first too. This first-mover advantage will be boosted by Asia’s well-organised, disciplined, we might feel intrusive, technology-driven response to the outbreak. The gap between Asia and the rest of the world may well widen further if more liberal exit strategies in Europe and the US are derailed by second and third waves of infection. Even without this short-term advantage, Asia is likely to lead the economic recovery for deeper structural reasons too: lower debts, better demographics and higher growth rates.

A world of high-spending, interventionist governments probably sounds alarm bells among the beneficiaries of the globalisation and deregulation that characterised the period between Callaghan and the financial crisis. But investors must deal with the world as it is, not as they would like it to be, and the dislocation ahead will create opportunities too. Some of these will be predictable. Countries with young and growing populations will benefit from rising level of consumption, of technology, leisure and travel, financial services and healthcare.

Other opportunities will emerge from the shift from a globalised economy to one that is more regional, or indigenous, in nature. This trend was already well underway, demonstrated by the trade wars of the past couple of years, but the shock to global supply chains will accelerate the process. This protectionist impulse will be accentuated by countries viewing food supply, intellectual property and healthcare systems as matters of national security. By contrast, other sectors, such as hospitality and transport, will struggle in a less mobile, more inward-looking world.

Areas that will be fruitful hunting grounds for investors include any that benefit from an accelerated shift from physical to online consumption. E-commerce and home delivery, notably of food, will be among the more obvious winners. Wellness and quality of life will be drivers of new commercial opportunity. Investment in connectivity will be significant, driving contactless payments, tele-medicine and online education. Finally, expect massive investment in healthcare as populist governments seek to remedy years of underinvestment.

All this lies in the future, however. Before we reach this re-shaped economic landscape, we must navigate a deep and foggy valley, the contours of which remain unclear. Most likely we will tumble down a steep slope, traversing a long and bumpy journey before we can climb out the other side some time in 2021. This U-shaped trajectory is our base case, with a probability of perhaps 60pc.

Two alternative scenarios see, respectively, a V-shaped recovery in the second half of this year and a much slower, L-shaped pattern in which the sharpest contraction in decades is followed by slow or no recovery for the foreseeable future. Stock markets are pricing in the base case. The higher weighting of the gloomier of the two other outcomes argues against rushing back too quickly into the markets. As Callaghan discovered, it pays to be a realist.

Tom Stevenson is an investment director at Fidelity International. The views are his own.

Reproduced with permission of Fidelity Australia. This article was originally published at https://www.fidelity.com.au/insights/investment-articles/a-new-world/

This document has been prepared without taking into account your objectives, financial situation or needs. You should consider these matters before acting on the information. You should also consider the relevant Product Disclosure Statements (“PDS”) for any Fidelity Australia product mentioned in this document before making any decision about whether to acquire the product. The PDS can be obtained by contacting Fidelity Australia on 1800 119 270 or by downloading it from our website at www.fidelity.com.au. This document may include general commentary on market activity, sector trends or other broad-based economic or political conditions that should not be taken as investment advice. Information stated herein about specific securities is subject to change. Any reference to specific securities should not be taken as a recommendation to buy, sell or hold these securities. While the information contained in this document has been prepared with reasonable care, no responsibility or liability is accepted for any errors or omissions or misstatements however caused. This document is intended as general information only. The document may not be reproduced or transmitted without prior written permission of Fidelity Australia. The issuer of Fidelity Australia’s managed investment schemes is FIL Responsible Entity (Australia) Limited ABN 33 148 059 009. Reference to ($) are in Australian dollars unless stated otherwise.

This provides general information and hasn’t taken your circumstances into account. It’s important to consider your particular circumstances before deciding what’s right for you. Any information provided by the author detailed above is separate and external to our business and our Licensee. Neither our business nor our Licensee takes any responsibility for any action or any service provided by the author. Any links have been provided with permission for information purposes only and will take you to external websites, which are not connected to our company in any way. Note: Our company does not endorse and is not responsible for the accuracy of the contents/information contained within the linked site(s) accessible from this page. Understanding the dangers with downsizing and super

Latest Articles
There are often upsides and downsides in any piece of legislation, especially… 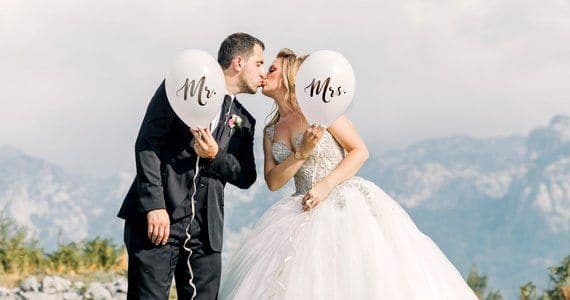 Setting financial goals as a couple

Latest Articles
The safe withdrawal rate. It’s an alluring concept. An amount you can…