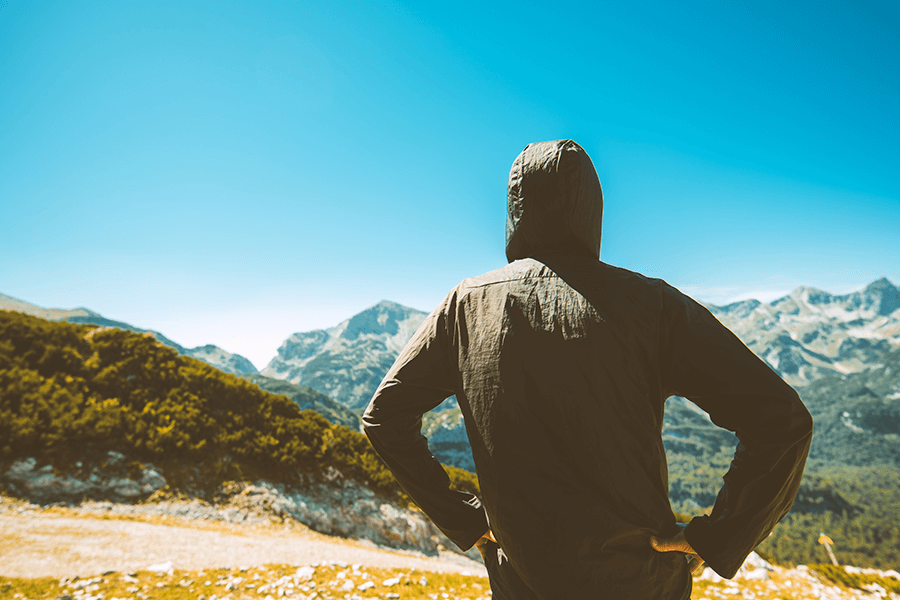 The Quest For Passive Income

The key to wealth in retirement isn’t about inheritances, lump sums or cash flow per se, but how well these assets are used to generate passive income so that investors no longer have to work for a living.

Not knowing what to do with a large inheritance a few years ago, thirty-something Sydney executive John Smith decided to play it safe by simply putting it in the bank. Given the state of the share market at the time, parking the money in cash wasn’t such a bad move.

The trouble was a dramatic improvement in equity markets, and corresponding downturn in cash rates rendered Smith’s ‘do nothing’ strategy wealth-destroying. In other words, based on an interest rate of around 2.75% or less, Smith’s cash would struggle to keep pace with inflation.

“The goal is for John’s share and property portfolio to eventually be big enough to generate sufficient passive income to replace his active income, namely salary, within 10 years.” says Sikar

Concerned that Smith was seriously diluting his long-term wealth creation, the accountant completing his annual tax return referred him to North Sydney financial planner Mike Sikar of Delta Financial Group in March 2011. Admittedly, as a young bachelor with no dependents and a $121,000 salary (plus super), Smith didn’t need to draw on this cash windfall to maintain his lifestyle.

While Smith’s money was sitting risk-free inside a major Australian bank, Sikar says he’d overlooked the opportunity-cost of not actively managing his assets properly. Equally concerning to Sikar was his capacity for risk, especially given his age, and future earnings potential. “Like a lot of people, John didn’t recognise how maximising wealth accumulation adds greater freedom and lifestyle choices, including when and how to retire,” Sikar recalls.

Much of the long-term wealth creation plan Sikar recommended to Smith revolves around creating financial independence through passive income from his investments. As well as wanting better advice on investing into super, Smith also wanted to be able to fund living expenses – in the event of trauma or accident resulting in an inability to work – through adequate insurance cover.

With Sikar putting the passive income strategy in the table early into the advice process, Smith says it made it easier to understand the steps involved in delivering to that strategy over time. “I wasn’t a savvy investor, when I first approached Mike Sikar for advice, and hadn’t even ventured into the property market,” admits Smith. “So it was quite cathartic to be able to put clarity around some vague financial ambitions.”

But in the short-term, Smith’s more immediate need was for advice on how to best invest the $417,000 inheritance that was going nowhere fast in an “at-call” account. Ideally, Sikar wanted Smith to build a balanced and well-hedged investment portfolio comprising direct property, listed shares and managed funds in equal measure, based on his ‘assertive balanced’ risk profile of 70% growth assets and 30% defensive assets.

Given the size of Smith’s surplus annual cash – around $15,000 – Sikar also suggested that he establish a regular savings plan that would add to his share portfolio, thereby increasing his long-term wealth. “The goal is for John’s share and property portfolio to eventually be big enough to generate sufficient passive income to replace his active income, namely salary within 10 years,” says Sikar.

To efficiently and effectively manage Smith’s cash flow through one central transactional point, Sikar recommended opening a Macquarie Cash Management account. By establishing a fixed discretionary lifestyle living allowance of $1,000 a fortnightly, he says Smith was able to direct surplus fortnightly income of around $600 into his share portfolio through dollar cost averaging (DCA).

“Holding a two month cash float of around $11,000 at all times, together with direct debits for regular outgoings ensures John has no overdrawn accounts and takes less time paying bills,” advised Sikar. “By sticking to a structured account that separates discretionary lifestyle expenses from ongoing regular expenses, John has a disciplined plan to reach stated savings targets over time.”

Sikar recommended that Smith roll his Media Super Fund into a MLC Wrap to house his managed investments. All future super guarantee contributions (SGC) have also been directed to this account.

As an administration vehicle, Sikar says MLC Wrap allows access to a wide range of wholesale investment funds from specially selected fund managers plus direct shares. “It also gives John the flexibility to reinvest investment distributions or collect them in the cash holding account,” says Sikar. “Consolidated reporting on investments through the MLC Wrap makes it easier to review and manage John’s investments.”

As long as these funds remain invested in this super fund, Smith won’t be required to pay income tax (or PAYG) on the earnings as it pays a maximum of 15 percent tax on the earnings, which is deducted from the balance of the fund.

To adequately diversify Smith’s capital and lock in future capital growth, Sikar also recommended he adopt a gearing plan through leveraged equity margin lending strategy. The beauty of this strategy, adds Sikar, is that the underlying portfolio of shares or units in managed funds is the only security required for the loan.

“Through this strategy John can leverage an existing portfolio or create a new investment portfolio to help meet his long-term financial objectives,” Sikar explains. “As well as offering diversification across a spread of investments, gearing can potentially be tax efficient as the interest costs on money borrowed for investments may be claimed as a tax deductible expense.”

Based on Sikar’s recommendations, Smith would fund an initial $250,000 investment in equities using his own cash as security, and then apply for a Leveraged Equities margin loan of $250,000 – at 9.75 percent variable interest – although only $150,000 would be used. Smith’s share portfolio would include up to 10 blue-chip stocks paying attractive fully franked dividends.
The $150,000 invested with Smith’s MLC Wrap Investment Account was divided evenly between three individual funds: Magellan Global Fund, Vanguard, International Fixed Interest Index (Hedged), and the Platinum International Share Fund.

“As well as offering diversification across a spread of investments, gearing can potentially be tax efficient as the interest costs on money borrowed for investments may be claimed as a tax deductible expense.” says Sikar 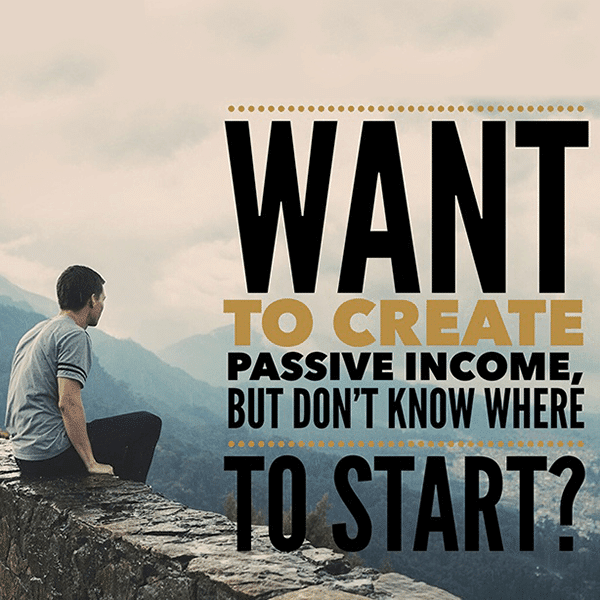 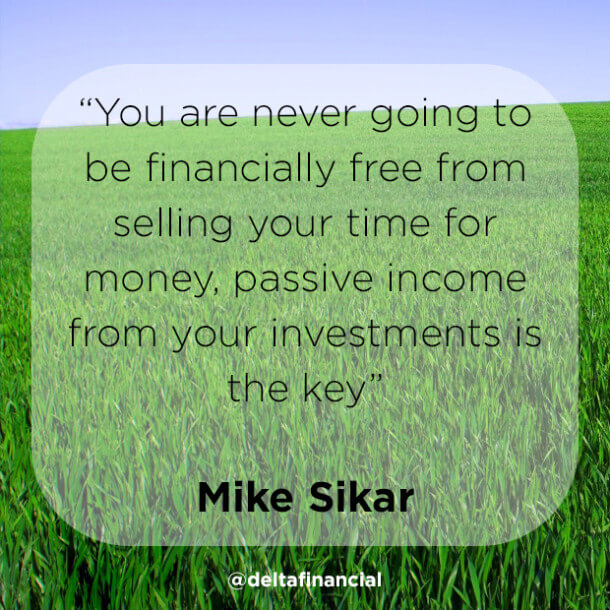 To ensure that Smith’s wealth creation plan was fully deployed according to his original recommendations, Sikar then referred him to an appropriate property specialist for advice on buying an initial residential property investment and then adding further properties to this portfolio over time.

Based on that advice, Smith used an initial lump $67,000 to purchase a two bedroom brand new unit off the plan in Marrickville in November 2011 which has since being rented.

On closer analysis, Sikar recognised that Smith was inadequately protected from the major risks that could potentially derail his financial independence. As a result, the $178,800 Total & Permanent Disablement (TPD) cover he had through Media Super was replaced with $500,000 of TPD cover within the recommended MLC Wrap Super Fund.

Given that the funding for the insurance premiums paid via a super fund comes from (pre-tax) employer (SG) contributions, and investment earnings, Sikar says Smith can protect himself and his future family with insurances that are paid for in a tax -effective manner without affecting after-tax cash flow.

While Sikar has been responsible for developing Smith’s core wealth creation strategy, he has drawn on a network of specialists to make asset-specific investment recommendations where necessary. For example, he referred Smith to RBS Morgans for advice on direct shares. “Having a network of advisers means that I can oversee the total strategy, while acting as one central point of contact for clients like John,” Sikar says.

He says that Smith’s access to his network of selected professionals with complimentary skill sets and competencies ensures he receives “best of breed” experts across all advice areas. By communicating regular reviews to all experts, adds Sikar also ensures everyone is on the same page.

“Ongoing contact, including forward tax planning, and working alongside John’s accountant, helps deliver the best possible outcomes, while reducing the likelihood of him making a big financial mistake.”

Based on the performance of his direct shares and managed fund portfolio over the past 14 months alone, Smith says it’s easy to see where the $5,000 he’s paying Sikar annually for advice is adding value. “Hard numbers aside, the interconnecting holistic investment strategy that Mike has mapped out for me – including the long-term wealth creation, better cash flow management, financial clarity and income protection – has set me on a course to passive income and consequently a level of financial independence I would have never conceptualised, let alone arrived at on my own,” admits Smith.

He also values Sikar as an ongoing and readily accessible point of contact, especially his input on a recent decision to accept a voluntary redundancy, bank the lump sum, back himself and take a month off.

Without Sikar’s input, Smith says it’s unlikely he would have had the confidence to make this call. “It was my uncertainty over investing my inheritance that initially brought to Mike, but value extends well beyond dealing with one chunk of money, it’s about a holistic approach to wealth creation,” he adds. “Unlike some of the generic financial planners I’d had former dealings with, Mike as a personal lifestyle and wealth creator, didn’t make me feel as if (his) remuneration was a primary priority.”

General Advice Warning: Any advice in this site is of a general nature only and has not been tailored to your personal circumstances.
Please seek personal advice prior to acting on this information.

We enjoy and educating people on personal wealth and passive income so if you would like to get in touch to talk about your existing or potential strategies to make your life that much better, contact us on (02) 9929 3343 or enquiries@deltafinancial.com.au 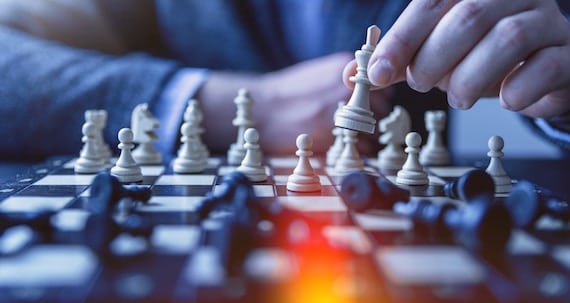 Blog
Here’s some good news for investors. With a few straightforward New Year… 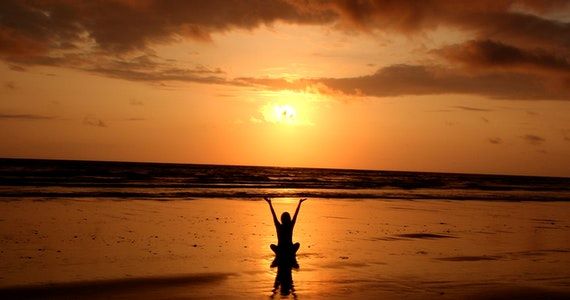 Why I’m Big On Personal Development 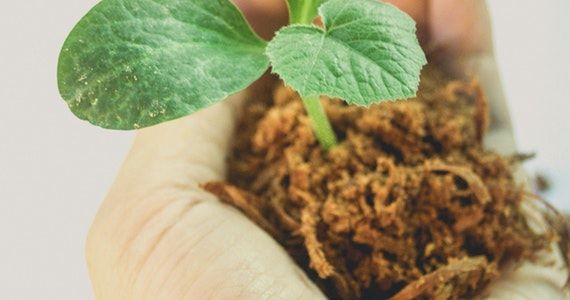 What I’ve Learnt Throughout COVID 19

Blog, Coronavirus, COVID-19, personal growth
Although COVID-19 has posed a lot of different challenges. There have also…